And don’t be turned off if you aren’t the biggest coconut fan. This drink only uses coconut cream and none of the artificially flavored coconut rums. The luscious coconut milk texture and nutty sweetness complement the light rum, they don’t overpower it. What’s left is a creamy, boozy, super-fragrant-slushie-type rum julep. Trust me, you’ll want to keep this one in your summer rotation!

what’s the difference between coconut cream and coconut milk?

Coconut milk versus coconut cream is a common point of confusion. Both are made with only coconut meat and water– the difference lies in how much water is used.

Coconut milk is made with about four times more water than coconut cream, so it is thinner and lower in fat. This makes it an ideal choice for curries, soups, smoothies, oatmeal and baked goods.

Coconut cream, on the other hand, is thick, high in fat, and very rich. It’s more like heavy cream than whole milk.

We love the luscious texture that coconut cream adds to the rum julep. If you want something lighter, feel free to use coconut milk instead.

If you only have coconut milk on hand, don’t worry.

Pop the coconut milk in the fridge overnight so the fat will rise and solidify. The firm, white layer of fat and protein that floats to the top is the same as coconut cream. Skim off the amount you need, then use the leftover coconut milk in a smoothie or spicy thai curry!

Note: You don’t want to use cream of coconut, which contains a lot of added sugar. Think of it as the sweetened condensed milk version of coconuts.

For this rum julep, we simply want the rich, pure, unadulterated coconut cream.

what is a rum julep?

Let’s start with a more basic question: what is a traditional mint julep? The classic mint julep cocktail is made with bourbon, simple syrup, fresh mint and crushed ice. It’s the iconic drink of the Kentucky Derby, but you should honestly drink it more often than that.

Our rum julep is a play off of the traditional julep.

We replaced bourbon with rum, added coconut cream for a rich texture and summery vibe, and balanced it out with a dose of fresh lime juice. It’s basically a creamy, boozy, coconut-y slushie. Why would you go back to a regular mint julep!? 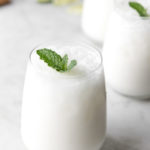 This rum julep is simultaneously creamy and light, zesty and rich. Mix up luscious coconut milk, lime, rum and fresh mint, pour them over crushed ice and enjoy. 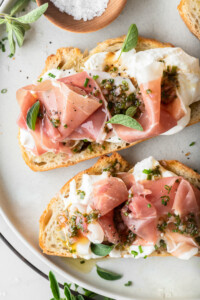 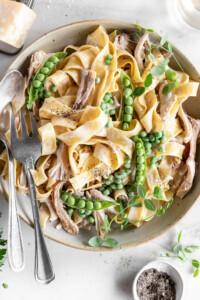